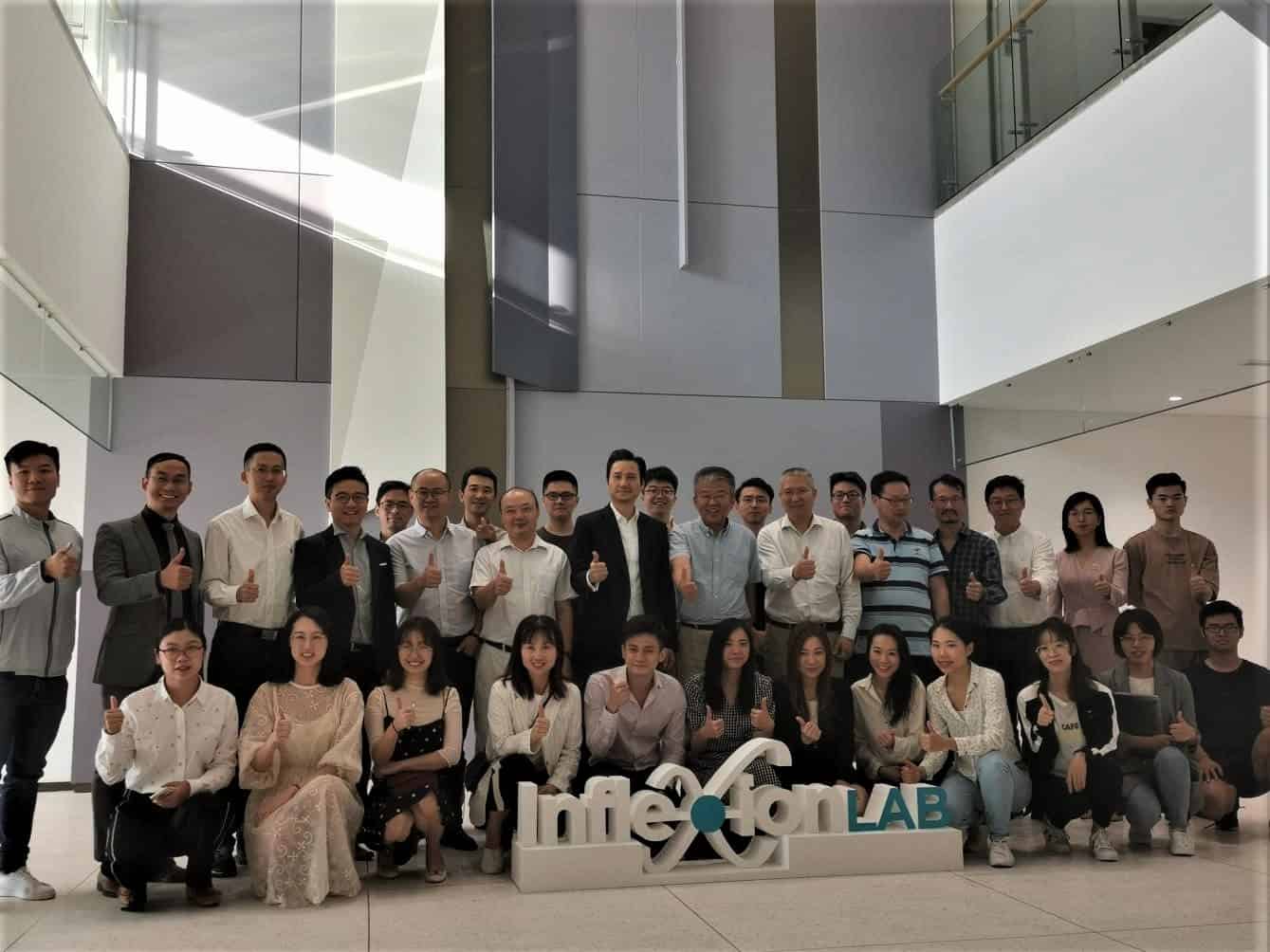 On November 7th, the first project meeting of InfleXion Lab was held at Tsinghua Shenzhen International Graduate School (SIGS). The meeting allows for professors and graduates to present projects and exchange ideas,

There were many leaders of InfleXion Lab, ParticleX, and more at the first project exchange meeting. Many representatives from investment companies and start-ups attended the meeting as well.

Structure of the Project Exchange Meeting

The meeting consisted of three sessions where an introduction for InfleXion Lab is given, the project presentations, and then discussions of the lab’s future.

The introduction consisted of the Director of the lab highlighting the company’s intentions of filing the gap between research and practical application, tackling the difficulties of science and technology for start-ups, and promoting the application of advanced scientific technology.

The project presentations allowed professors and graduates to explain their research to further discuss related key technologies. There were four presentations that covered the following:

The final session was an intense discussion about the future of the lab. The Director of the InfleXion Lab Management Committee summarized that a formal research system will allow InfleXion Lab to integrate the scientific search results to serve more start-up companies. Representatives of start-ups shared in the discussion on how beneficial the lab has been with their cooperation and they hope more graduate students can join their companies as interns so that graduate students can have more opportunities to apply their basic research in the commercial world.

More in the blog